Please use the form below and one of our friendly, knowledgeable customer support team members will get back in touch with you as soon as possible.

One moment. Getting your subscription ready... If you are like most dog lovers, you take great pride and joy in the happiness and healthiness of your four legged friend. EverPup®, the ultimate daily dog supplement, was designed after years of research in response to the number one question we get: How do I keep my healthy dog healthy?

Designed by Dr. Demian Dressler, inventor of Apocaps®, the world's first apoptogen formula, EverPup® has some of the same natural apoptogen ingredients as Apocaps®, but also includes glucosamine (for joint support), Prebiotics and Probiotics (for digestive support), plus essential vitamins and minerals. EverPup® contains exciting human grade, nutraceutical-quality botanicals such as Silymarin from milk thistle, Gingerols from ginger root, Citrus Bioflavonoids from sweet oranges, Rutin from the Chinese Scholar tree, Inulin from chicory, Spirulina Pacifica from crystal-blue Hawaiian waters, and more. All of these well-researched and evidence-based ingredients are combined into a delicious, proprietary formula that makes EverPup® the ultimate daily dog supplement.One jar lasts 30 days for the average sized dog, making EverPup® a great value since it is designed to be a "one stop shop" for all of your dog's supplement needs.It's Delicious! We haven't met a dog who doesn't love the taste of EverPup®. It is easy to administer the sprinkle-on powder using the included scoop. For less than a dollar-a-day, you can invest in your dog's health and happiness...and that will pay dividends for years to come.People are becoming increasingly aware of a number of "invisible enemies" associated with modern living that may threaten dogs (and people) as they age. The amazing ingredients in EverPup® are designed to help your dog's natural system combat those invisible enemies. EverPup® is made in the USA from 100% human grade natural ingredients in an FDA inspected facility. 100% Guarantee: If you don't love EverPup®, Functional Nutriments will buy it back.

Best Ever Reasons to Try EverPup

EverPup® is a revolutionary dog supplement developed by internationally respected veterinarian Demian Dressler, DVM, co-author of the best-selling animal health book The Dog Cancer Survival Guide and developer of Apocaps® -- a powerful nutraceutical that's helped tens of thousands of dogs and their veterinarians.

Every Dog Deserves to Live a
Long
and Healthy Life

EverPup® daily dog supplement is not JUST a dog multivitamin, or a dog joint joint supplement. It's so much more! EverPup provides broad based support for all organs, cells, and body processes. 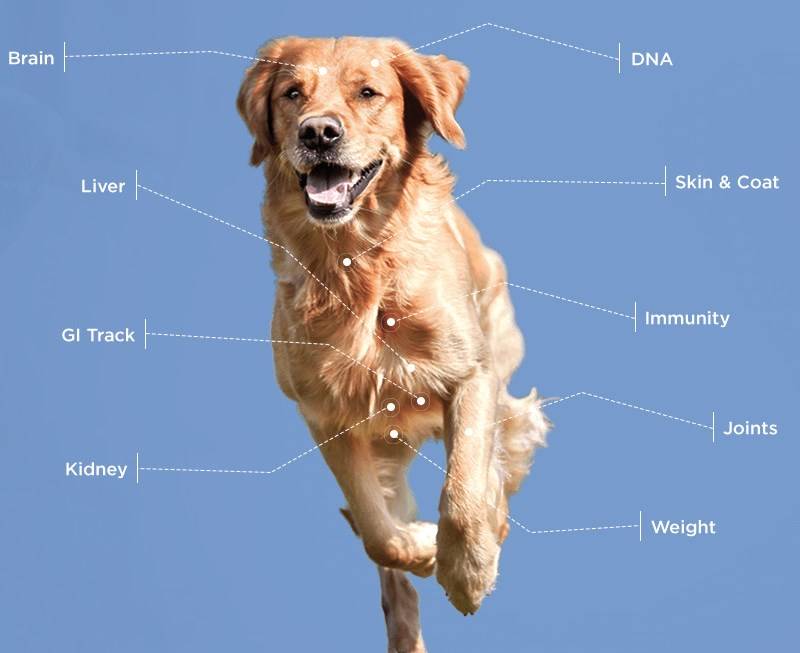 Press the “Play” button above, to learn how EverPup Daily Dog Supplement has changed the lives of pets, and their owners. Try EverPup for free for 30-days!

Dogs Love EverPup and So Will You!

"My 13.5 year-old border terrier Bear has been taking EverPup for nearly a month now, and I am completely amazed. He's doing things he hasn't done since he was a puppy. The flexibility in his back legs has improved. His coat looks healthier and he is enjoying his life again ... Bear will be using it from now on."

"Our two Westies really seem to like this on their food, and they seem to be scratching less."

"Our 14 year-old golden retriever has never been in better shape and this supplement has really helped keep her perky and moving!"

"This product comes highly recommended to help keep my dog's immune system strong. After having had a dog with cancer I am willing to do what it takes to help keep him healthy."

"I have all three of my dogs (2 Yorkies and 1 German Shepherd) using this product. It has helped change their lifestyle. They move much better, and have more energy. Love it!"